Ubuntu Keyboard and Touchpad Settings for an Apple Computer

This covers how to get your keyboard & mouse in Ubuntu (16.04 LTS) to work like it does on a Mac OS. These settings made my switch to Ubuntu on my Apple computer a lot easier.

During My Switch to Ubuntu, The Stranger Things

The default touchpad of Ubuntu reverses scrolling. Plus the keyboard shortcuts are all out of wack and accents for letters are bizarre…at least for me, coming from an Apple computer. It was strange and threw me off. I was initially lost.

So if you’re coming from the world of Macs, and you’d like your keyboard to work similarly in Ubuntu–then you’ve come to the right place.

I’m using Ubuntu 16.04. I actually came from Trisquel, the tech-hippy version of Ubuntu. These settings will also work on Trisquel, which means it should work on older versions of Ubuntu. Plus my computer is a 2011 Macbook Air. Yep, old technology rocks–and Ubuntu runs great on it.

Ok. So here’s the low down.

Here’s a screen shot of my settings. 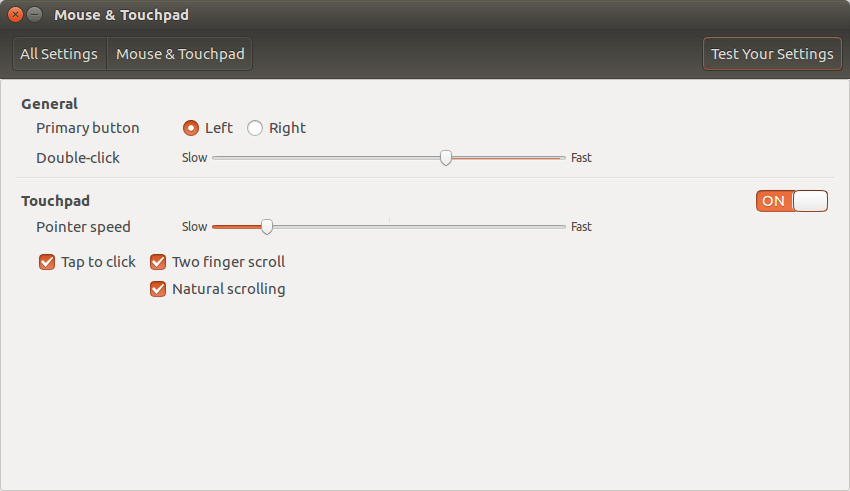 Ubuntu shortcuts are bizarre by default. I really wanted my cut and paste shortcuts to work like they do on a Mac. Everything kind of branches from that, at least it does for me.

Plus, these settings will make your letter accents work more like they should on a Mac. These are the special characters for writing French and other foreign languages. For French, it includes the usual accents (aigu, grave, circonflex, tréma) and letters.

So here’s a quick breakdown followed by images and more detailed instructions:

1. Change Your Key Board Text Entry to English (Machintosh) 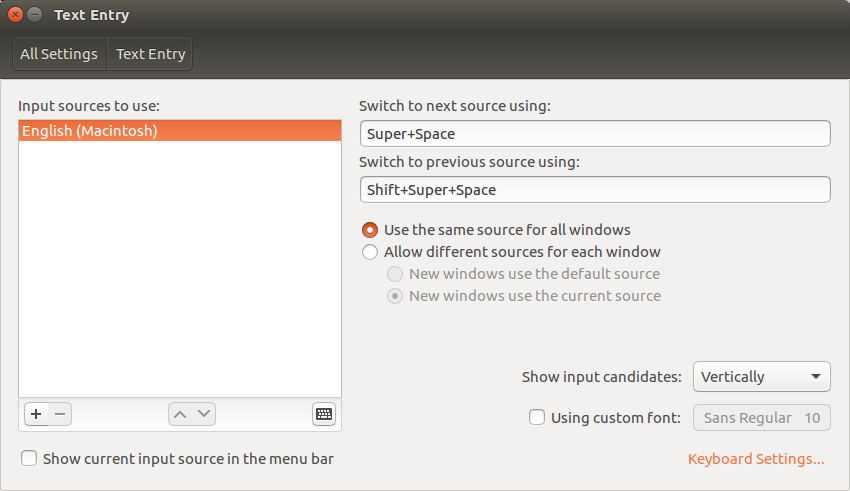 The GNOME Tweak Tool is installed by default in Trisquel. It’s very useful in Ubuntu and will help get your shortcut keys working like on a Mac Keyboard. To install the Tweak Tool: 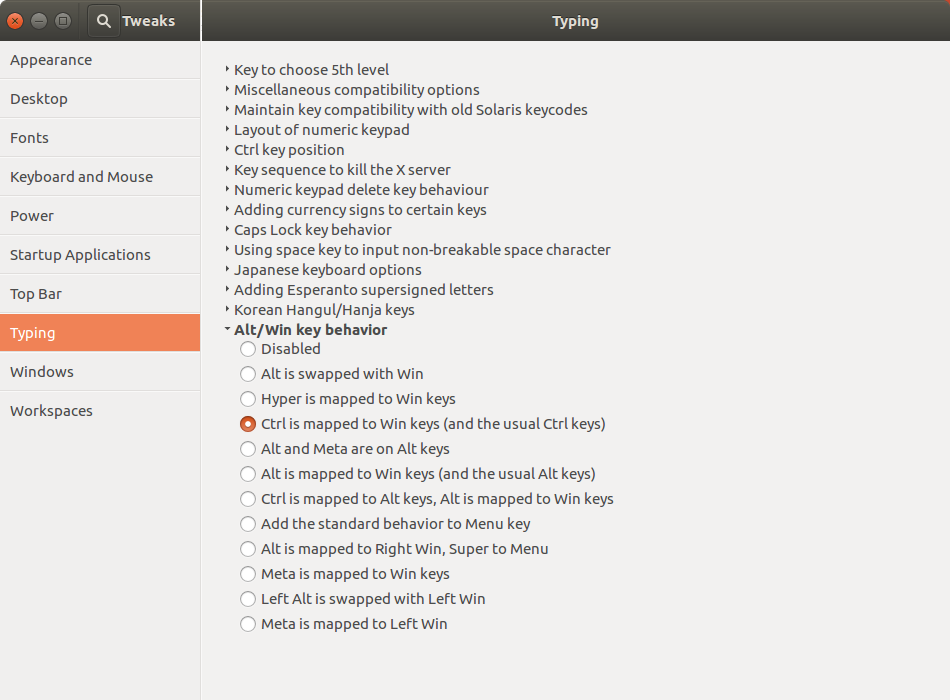 These are the final steps. They will allow you to use the Command key as it works on a Mac. Also note, a Mac can use both alt keys for accents. With these settings, only the right alt key works for accents. The left alt key may then be used for accessing app menus, which is very helpful.

That’s it. All shortcuts may not work exactly like on the Mac, but it should be pretty close. This made the switch to Linux much easier for me. Hopefully it will do the same for you.